High-performance computing is evolving so fast, and this determines what we can do in research. This is extremely exciting. I couldn’t have anticipated it.”

Dr. Anthony Wachs is a professor with a joint appointment in the departments of Mathematics and Chemical and Biological Engineering.  He received his bachelor’s of science from Université Louis Pasteur and his master’s and PhD from Institut National Polytechnique de Grenoble. He then worked as a fluid mechanics research engineer at IFP Energies nouvelles (IFPEN, formerly Institut Français du Pétrole) in Paris. He joined UBC in 2015.

Anthony research interests are in multi-phase flows and flows of non-Newtonian materials. Most of his multi-phase flow research focuses mostly on particle-laden flows. These flows can be thought of as a continuous fluid seeded with particles. Most of Anthony’s students are using supercomputing to solve basic conservation equations on a grid. Doing so requires a lot of special resolution and many degrees of freedom. The net result is published research papers and projects supported by industrial partners.

One way that Anthony uses high-performance computing is to understand what happens to the dynamics of particle-laden flows if particles are not spherical, which is not typically expected. It is a critical area of study because the use of these particle-seeded fluids (called suspension) is ubiquitous, and in real life particles are seldom perfectly spherical. This has practical applications, for example, in the case of understanding how sediments are transported from a river to an estuary or of determining the efficiency of chemical engineering processes.

“We can speculate that a particle looks like a sphere and we can model it as a sphere. But can we compute these complex flows of non-spherical particles and what can we infer in terms of new insights, and how can we translate that into a more efficient industrial process?” 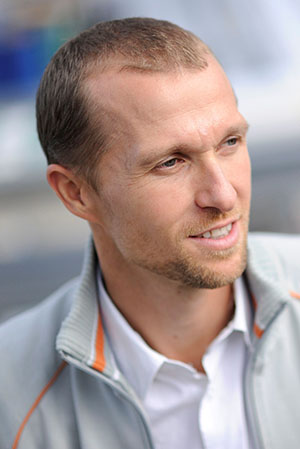 Anthony jokes that he first started his studies in what he calls the Stone Age of computers when multicore machines did not exist.

“High-performance computing is evolving so fast and this determines what we can do in research. This is extremely exciting. I couldn’t have anticipated it,” He says. For example, the largest computation Anthony ran during his PhD twenty years ago featured 400,000 degrees of freedom.  Today most of his students routinely run equations on 512 cores for computations featuring 200-million degrees of freedom.

Anthony is grateful for Sockeye. Without it, he couldn’t conduct his research, he says. “The ARC team is dedicated and responsive. I look forward to seeing Sockeye expand in the future.”

For more information and to apply for an allocation, visit: https://arc.ubc.ca/about-arc